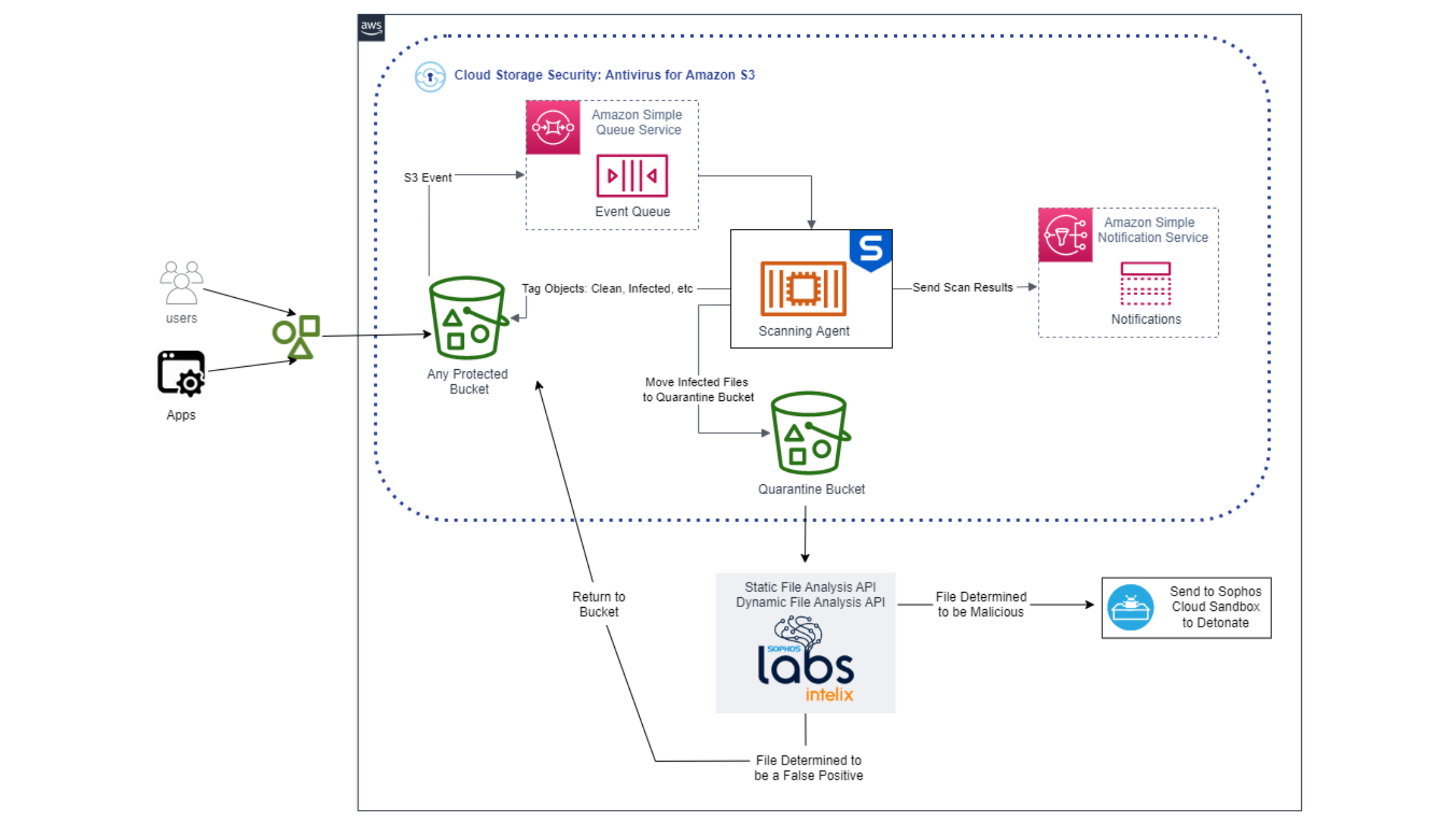 As cybercriminals develop more sophisticated malware they also develop new targets and new ways of distributing it. In addition to focusing on securing traditional avenues and existing security layers, you need to consider the security of the data that runs through Amazon S3.

As a data owner, it's critical to take steps to protect the data for which you’re responsible to ensure the entities accessing and using that data are protected from malicious files. In fact, as dictated by the AWS Shared Responsibility Model, it’s your responsibility.

One way you can do this is by scanning and analyzing the data in Amazon S3 for threats such as viruses, ransomware, and trojans with Antivirus for Amazon S3 by Cloud Storage Security.

Antivirus for Amazon S3 leverages the power of Sophos to identify and analyze malware at petabyte scale across all S3 buckets; it uses:

In this article, we discuss the advantages of using Sophos within Antivirus for Amazon S3 to detect and detonate potentially malicious files in order to keep your customers, partners and employees safe.

It’s important to point out that organizations cannot use Sophos products unless they have an original equipment manufacturer (OEM) partnership with Sophos. The partnership between Sophos and Cloud Storage Security is, in part, what makes Antivirus for Amazon S3 stand out from other solutions and a do-it-yourself development.

Organizations from around the world are using Antivirus for Amazon S3 to catch infected data, with 9 out of 10 Cloud Storage Security enterprise customers, and all public sector customers, choosing to use the Sophos Anti-Malware Engine as part of their antivirus strategy.

Antivirus for Amazon S3 is a Fargate, container-based solution that is deployed directly from AWS Marketplace into your own AWS infrastructure so your data never leaves your environment. It’s a highly scalable solution that offers multiple scanning models, all of which can use Sophos.

By integrating the Sophos Anti-Malware Engine into our scanning models, we removed the complexity from deploying and managing virus scanning for any application or data ingestion workflow that leverages Amazon S3 as the data store. This means any organization can benefit from Sophos’ advanced and exceptional performance within their own AWS environment. 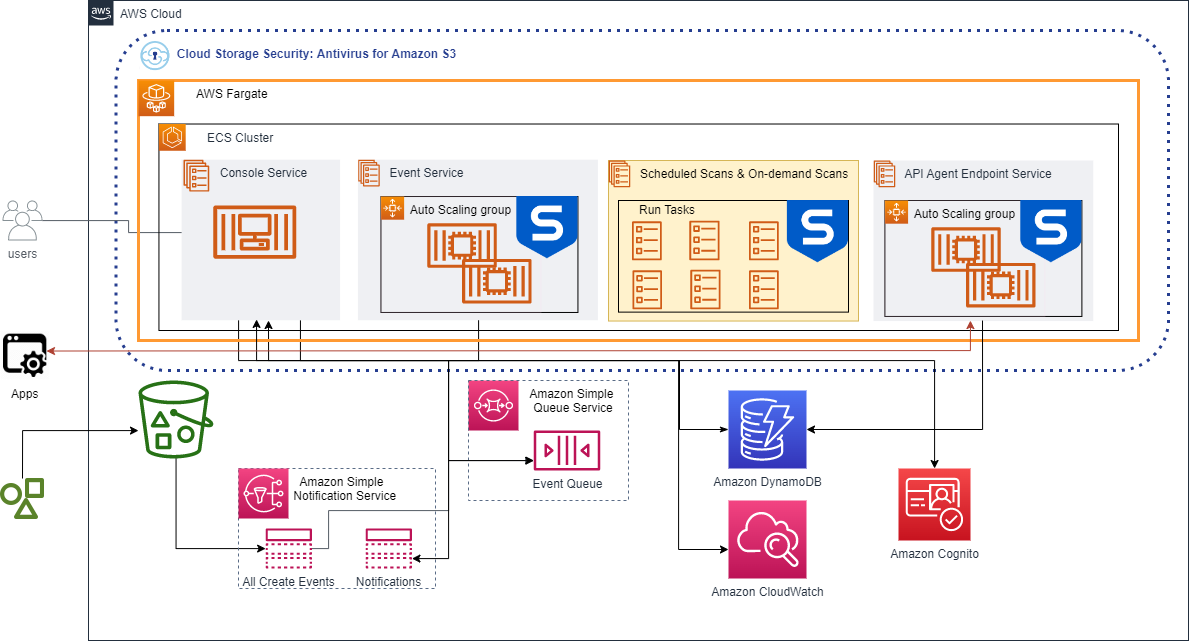 Reduce Time to Detect and Investigate

When you need to investigate files that have been flagged as potentially malicious, Antivirus for Amazon S3 offers static analysis and dynamic analysis through SophosLabs Intelix.

Powered by machine learning, decades of threat research, and petabytes of intelligence, SophosLabs Intelix provides the superpowers you need to quickly investigate and verify problem files soon after they are discovered by the Sophos Anti-Malware Engine within Antivirus for Amazon S3. 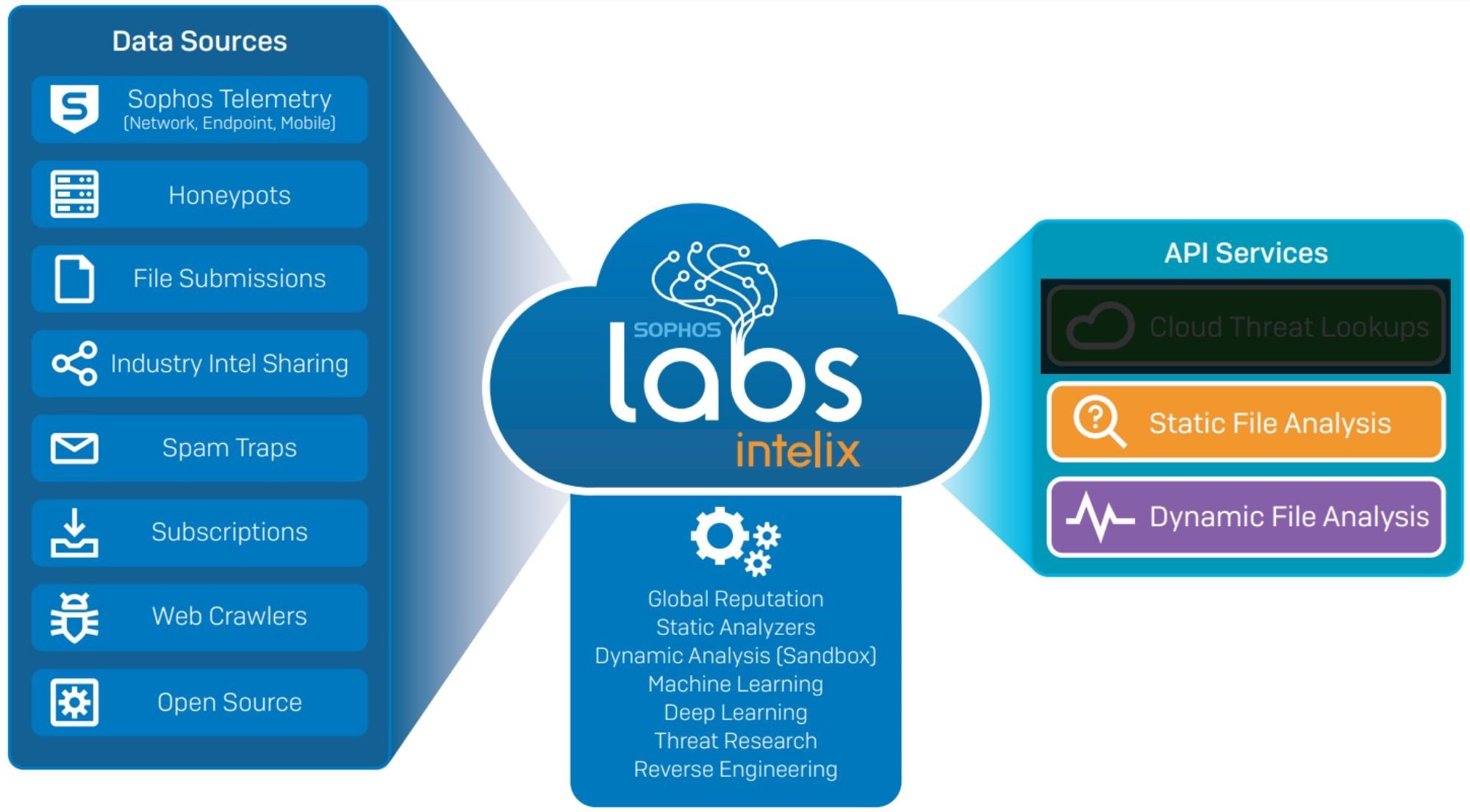 While the Sophos Anti-Malware Engine empowers you to proactively stops more threats, SophosLabs Intelix offers a layered approach to security and allows you to deeply inspect suspicious files.

When a potentially malicious file is found, Antivirus for Amazon S3’s default behavior is to move it to a quarantine bucket and publish findings to the Problem Files section within the Antivirus for Amazon S3 console. From there, you can trigger static or dynamic analysis via the SophosLabs Intelix integration. If you determine the file that was flagged as potentially malicious is a false positive, you can move it back into the source bucket. If it is not a false positive, you can delete or detonate it. 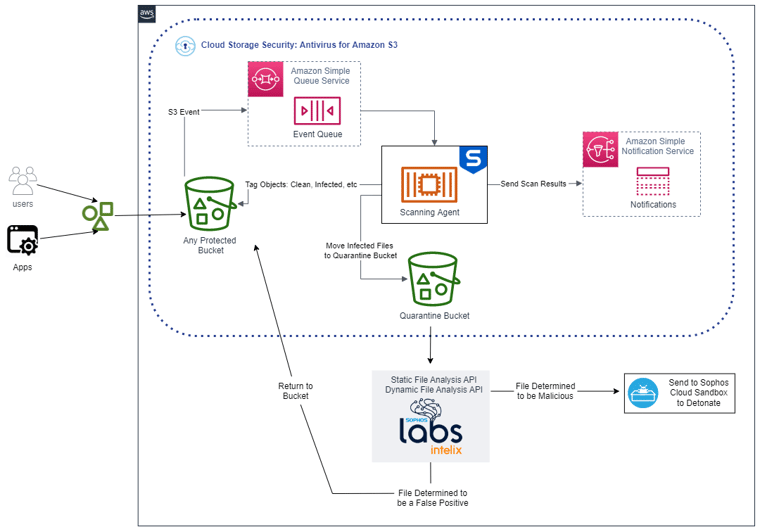 Antivirus for Amazon S3 employs the power of Sophos’ proprietary machine learning models, global reputation, and deep file scanning so you can analyze a file without executing it in real time or downloading it onto your local machine. The speed of analysis, depth of reporting and clear verdicts are key benefits to helping you identify threats quickly and improve investigation and response times.

Initiate static analysis with a few clicks of your mouse within the Antivirus for Amazon S3 console to generate a rich report that helps you determine the nature of the infection or to identify whether a file needs to be investigated further via dynamic analysis.

Static analysis includes a VirusTotal report that lists findings from other vendors in the security community so you can compare their results for the file against the results provided by Sophos. 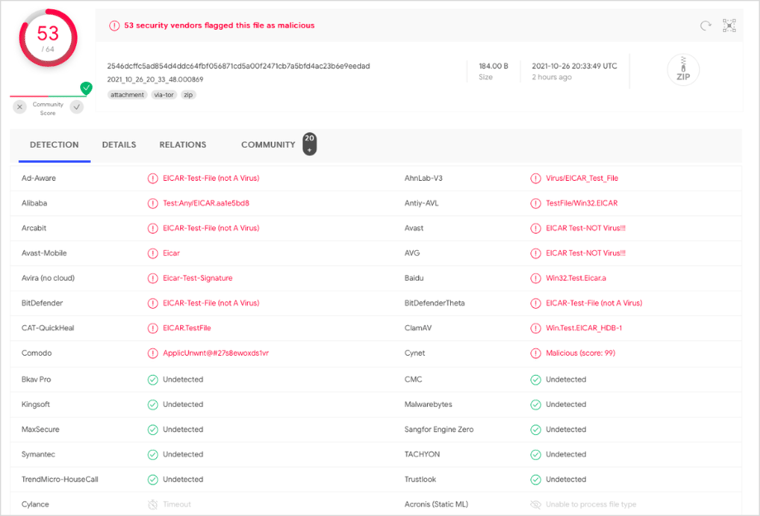 Sophos provides unmatched visibility into malicious files by recording every activity and behavior to reveal the true nature and capabilities of a potential threat. This means you can determine whether a problem file is actually malicious or if it’s a false positive without risking harm to your own system.

Additionally, advanced anti-evasion technologies thwart malware that attempts to detect if it’s in a sandbox or running in a virtual machine, leaving malware with no place to hide.

A detailed Activity Tree of what took place when the file was detonated is provided upon completion of the analysis. It shows a play-by-play breakdown of:

Protect Your People and Data

Not only does scanning for malware build defense in depth, ensure data cleanliness, and prevent infection, it's also a requirement of many laws and compliance frameworks such as SOC 2, PCI DSS, NIST, ISO 27001, etc.

Whether you’re looking for security assurance or need additional intelligence to obtain further clarity on the findings, using Sophos within Antivirus for Amazon S3 ensures that you are protecting against malware with an industry-trusted AV engine.

In fact, the organizations that use Antivirus for Amazon S3 choose to use Sophos within it because:

Cloud Storage Security is an AWS Partner with AWS Security Competency status, an AWS Qualified Software offering and a Public Sector Partner designation. Antivirus for Amazon S3 is available in AWS Marketplace where you can scan 500 GB in 30 days for free with a fully-featured trial.

This article was co-authored by Sophos. 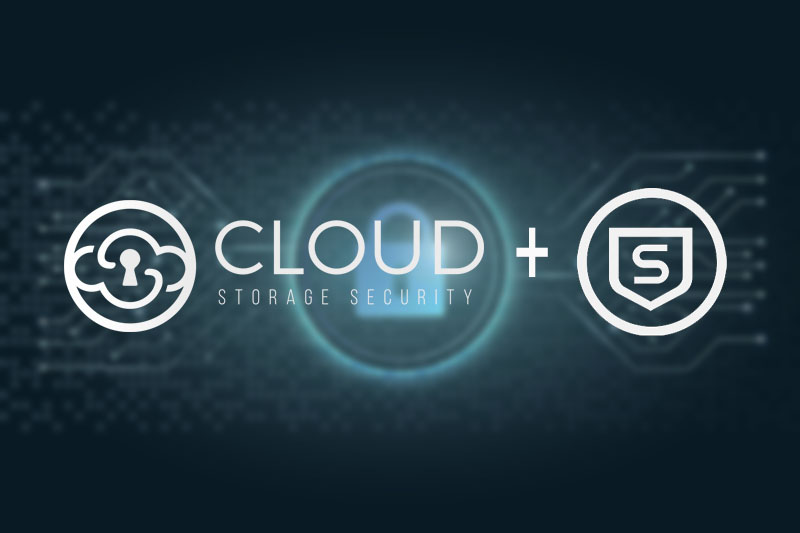 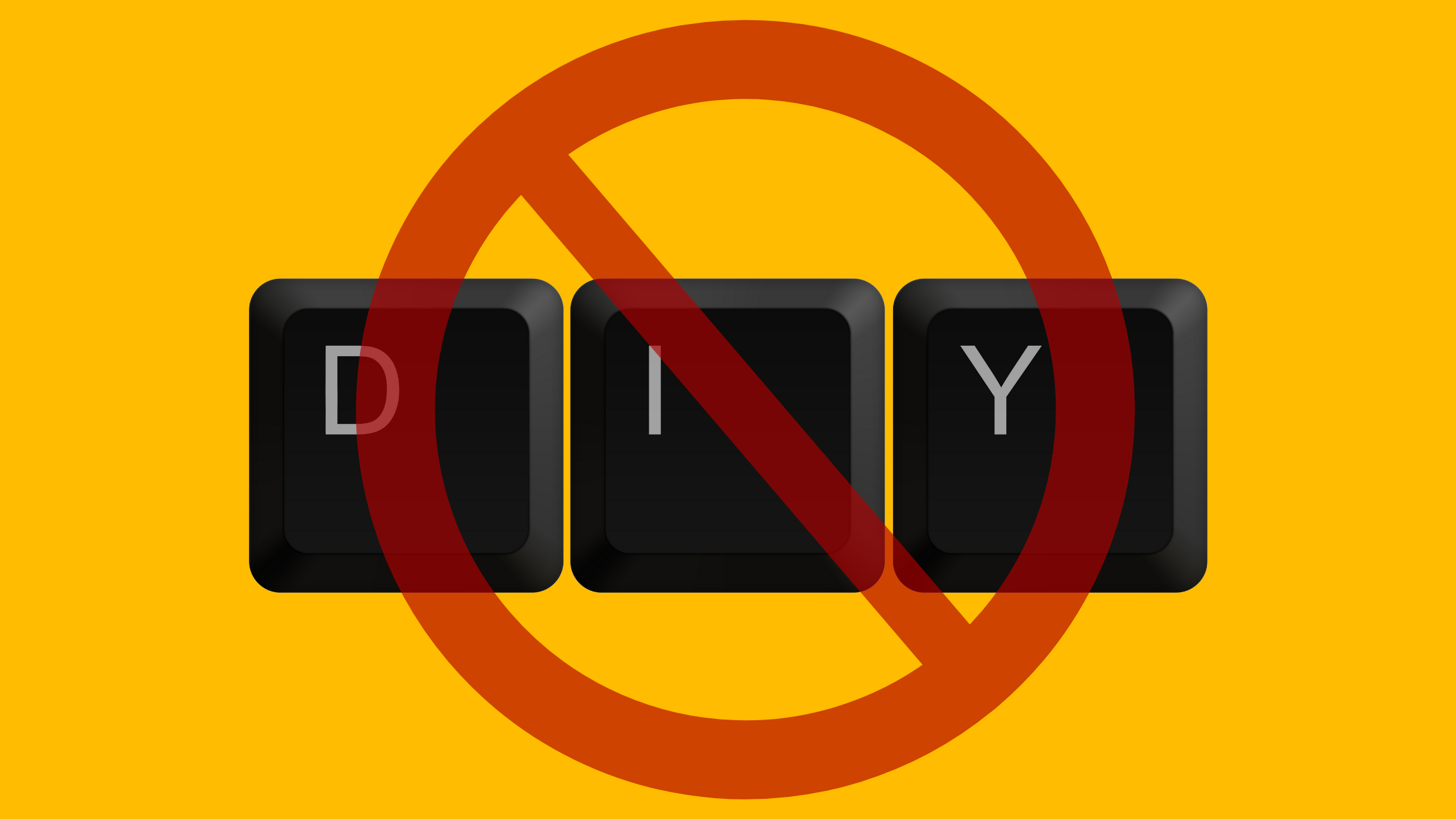 Antivirus for Amazon S3 was built because our founders realized cloud application workflows that use Amazon S3 have become a massive attack vector. This is especially...